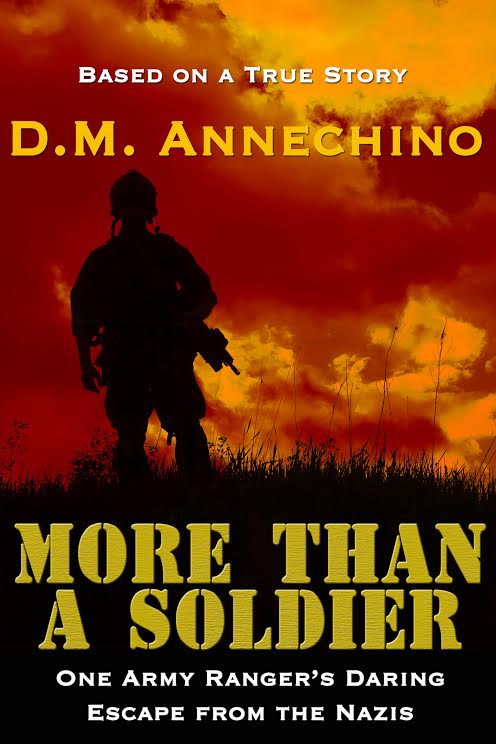 Feeling a patriotic duty to defend his country after Japan bombed Pearl Harbor,
seventeen year old, Angelo J. DiMarco, enlists in the U.S. Army. Severely short
of frontline fighters, the Army rushes Angelo through Ranger training and sends
him to Italy as part of the 1st Ranger Battalion. Their objective: stop the German invasion.

Fighting on the front lines in Italy, the German’s teach Angelo a sobering lesson on life when they capture him during the bloody battle of Cisterna. Against
insurmountable odds, Angelo miraculously escapes in a way that stretches the
imagination. He survives behind enemy lines for over five months, hiding from
the Germans and trying to outmaneuver them. He begs for food, sleeps in barns
and suffers from many ailments, including dehydration, malnutrition, malaria and
exposure to the elements.

More Than a Soldier is Angelo DiMarco’s powerful story of survival, resilience and
courage.

Annechino colorfully draws the actions scenes, and richly brings the supporting cast of characters to life. A moving tale of survival in war-torn Europe.  ~Kirkus Reviews

Nuanced and eloquently written, More Than a Soldier adds to the body of WWII literature an extraordinary story of survival and a deeply affecting portrait of a
soldier’s coming-of-age. ~The iRead Review 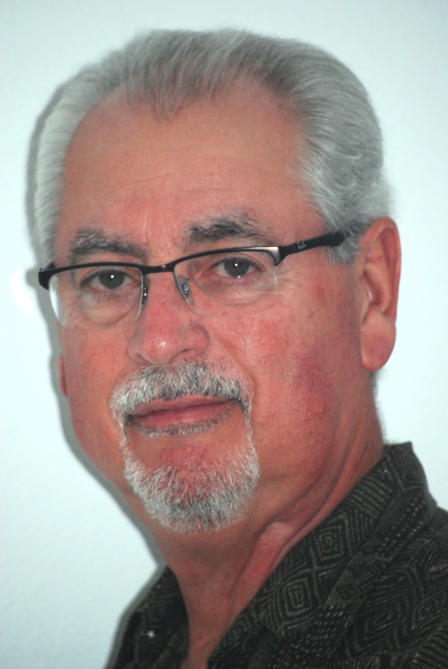 Daniel M. Annechino, a former book editor, wrote his first book, How to Buy the Most Car for the Least Money, while working as a General Manager in the automobile business. But his passion had always been fiction, particularly thrillers. He spent two years researching serial killers before finally penning his gripping
and memorable debut novel They Never Die Quietly. He has written and published
five novels—all thrillers. But his latest work, More Than a Soldier, is a
Historical Biography set in Italy during WWII.

A native of New York, Annechino now lives in San Diego with his wife, Jennifer. He
loves to cook, enjoys a glass of vintage wine, and spends lots of leisure time
on the warm beaches of Southern California.

Guest Post by Daniel Annechino: The Life of an Author

An ex-workmate of mine who I haven’t seen since I quit my “traditional job” seven years ago contacted me the other day because he’s writing a novel and is looking for some direction. He asked me a bunch of questions that I did my best to answer, questions about grammar, editing, literary agents, and getting published. As I typed away, I realized that not one of his questions concerned marketing or promotion. This led me to believe that many aspiring writers—through no fault of their own—have no idea what the life of an author is like.

There was a time many years ago when an author did three things: They wrote. They read. They participated in book signings. But in this day and age, an age of e-books, the Internet, social media and self-publishing, writers spend more time marketing themselves than actually writing. Unless you’re a well-known author with an established following like Stephen King, Michael Connelly, or Patricia Cornwell, promoting yourself may actually be more important than what you’re promoting. In other words, “the sizzle is more important than the steak”. Buzz is everything and buzz sells books.

Over the last couple of years, I’ve learned a great deal about the complicated world of writing. Although I have a long, long way to go before I could even begin to think of myself as a successful author (at least based on my lofty expectations), each and every day I must manage my blog and frequently add new posts. Admittedly, I’ve not given my website the attention it deserves, but I do my best. I have to maintain a presence on many of the popular writers’ blogs. And perhaps most important, I must be visible on Facebook and Twitter and network as much as I can. I have to promote my book(s) and myself every-single-day.

To be honest, I’m not really fond of marketing and promoting. I wish all that was necessary to become a successful writer was to write. But that is not the way of the world; at least not in the year 2017. So, even though it pains me and gobbles up more of my day than it should, the new world of writing holds me hostage. Before you even think about publishing a book, do some homework and learn to understand the business of writing.