Tucked away in the heart of Piemonte’s wine region and about 55 km east of Turin lies the medieval province of Asti.

This area is part of the Langhe and Monferrato hill regions of Piemonte and is a major producer of some of the world’s finest wines. Among it’s most famous is the sparkling wine made from the Moscato Bianco grape aptly called Asti (DOCG). My family has made many a toasts with this sweet and sparkling wine – most memorably at my wedding! 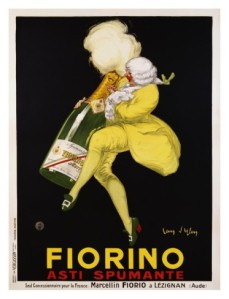 While Martini and Rossi, Gancia and Riccadonna made commercial wines like Asti Spumante and transported them all over the world, Asti is quickly gaining international acclaim for its classic red wines such as Barbera d’Asti, Freisa d’Asti, Grignolino d’Asti, Bonarda and Ruché di Castagnole Monferrato.

The province of Asti hosts some unique and very interesting events which depict it’s rich history and famous gastronomy. Among one of the most popular yearly events is the Palio di Asti, a medieval race between the various “old” neighborhoods (“rioni” or “borghi”) of Asti and it’s surrounding areas.

Horsemen compete in bare-back horse races to win the crimson banner bearing the coat of arms of the city of Asti and of its patron saint, San Secondo. This Palio is the oldest one recorded in history, dating back to the 13th century. It is even older than the famous Palio di Siena. 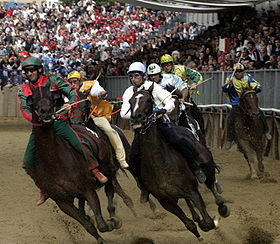 A week before the Palio, Asti hosts yet another party: the Festival delle Sagre. This is a food-lover’s delight! Asti turns into the biggest open-air restaurant in Italy when most of the towns in Asti’s province meet in the great “Campo del Palio” square and offer typical food and wine for which they are known. 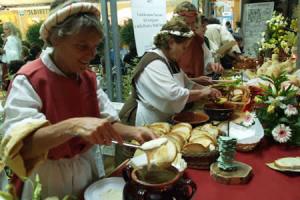 On the Sunday of the Sagre all the towns involved stage a parade with floats depicting traditional farming with everyone in costume along Asti’s roads to reach “Campo del Palio” square.

And then in the later Fall, Asti falls into the white truffle or “tartufo bianco” season. Some of the best truffles are found around Asti’s hills, and every weekend there is a local truffle festival.

The city of Asti is one of the most important cities of art in Piedmont. The old town is picturesque and charming with noble palaces, medieval towers, ancient churches, and the magnificent Gothic Cathedral.

Being ruled by Italy and France, and eventually passed to the Savoy ruling family as part of a dowry, it was a city full of riches and power.

Venturing outside of the city walls into the northern part of the province, one finds the ancient pilgrim route called the Via Fracigena. Here lie more quaint towns, enchanting churches and imposing medieval castles.

The wine routes in Asti offer great walking, trekking or biking opportunities through hills covered by vineyards. At every corner is the temptation to make a stop at the wineries and farms to taste different wines and local produce. And the winemakers are all too willing to please!