Today, the day for lovers, is celebrated all over the world – but St. Valentine was originally from Rome and so what better place to celebrate than in Italy 🙂

All over Italy, like here in the United States, today is that day to show that extra-special person how much you truly love them.  One place where the traditions are very much kept alive and practiced is in Verona – the City of Love.  The piazza transforms itself into a heart shaped stage where concerts are held from Feb. 12th to the 14th.

Also a competition takes place for the best letters to Juliet!  People write letters to Juliet asking for help with questions of love and other important life decisions.  This tradition has been going on for a long time but  has recently seen an sharp increase in letters received after the movie Letters to Juliet.  A special club of volunteers responds to each and every one of the letters lending empathy, companionship, and at times

advice to the lovelorn.  But, because of the increase in letters (up to almost 40,000 this year), they are having difficulty keeping up with the responses. Despite the difficulties, they try to respond to each missive with warmth and friendship, and usually in the original language of the letter.  As part of the Valentine’s Day celebrations, they choose three recipients of an award which is bestowed to the winners on Valentine’s Day – and on Juliet’s balcony!!!  This year’s recipients were Sarah George, 21, from London who found Juliet to be a confidant in her quest for true love; Beth Gillespie, 28, from New York who really never wanted to have her letter published because in it she exposed her very private feelings about a big life move (but who accepted because it was such an honor); and Valentina Zilocchi, 19, of Piacenza, Italy, who wanted Juliet to know that true love really does exist because she had found it!!!   These ladies were awarded with a sculpture of an old fashioned ink well with a colored quill inside of it, as well as a weekend trip to Verona!

Lots of talk about love is going around today, so what better vocabulary to learn than the “talk of love”!  Here are some beautifully romantic words to share with someone special 🙂

2.  La mia Gioia – my joy (this what my parents always called each other!)

I know it’s been awhile since I posted a sequel to “My Favorite Italian Words” – there were so many other interesting things to write about, that this subject took the back burner.  But today, as I was trying to get inspired for another topic, I remembered this fun post topic.  OK, here are some new words to ruminate over:

1.  Sbadigliare = to yawn.  Mi viene da sbadigliare quando sento questa parola!!! (It makes me yawn when I hear this word!!)

2.  bo (or boh) = who knows, I don’t know, whatever!  I love this catch all word, which is probably slang, because it doesn’t show up in online translators!

3.  squillo = a call or ring.  This is used when you ask your friend to call you – Dammi un squillo!!

4.  Abbracciare = to hug.  A beautiful word for a beautiful moment!

Welcome to another installment of favorite Italian words…I told you I’d be posting more – there are just way too many GOOD Italian words.

1.  Accarezzare = to caress.  This word sounds so beautiful and romantic,    doesn’t it?

2.  Bonbonniera = usually a wedding favor, but can also be a favor for other special occasions.    It’s the perfect word to hold little keepsakes, like bon bons for instance!

5.  Bestiale = in the term I like it used, it means incredible.  When something is awesome,  this term can be used with lots of expression!

Again, these Italian words are fun to say as well as expressive for their meanings.

I’m sure there will be more to come…..stay tuned!

Last week, I posted a blog entry about 5 of my favorite Italian words.  Well, I just can’t stop at five!  There are so many words that I love to say in Italian…so many that I enjoy hearing…that this blog subject may be a recurring one until I can’t think of any more possible words that attract my attention.  Will that ever happen?

Stay tuned for more to come….

Thanks to the following blogs for this great idea –

I have been asked by my friend and fellow lover of Italy, Melissa from Diario di una studentezza matta, to come up with my five favorite Italian words.  So…I took a pad and started writing down some words that I liked.  Some had a good ring to them; others had special meanings for me; and others were purely comical.   I kept coming up with more and more words.  I was jotting down words as I thought of them – even jotting while I was driving (only when I got to a stop light, of course!!!)  My list was growing and growing to a point where I felt I had better  stop otherwise it would take me too long to whittle it down to only five!  So here we go with the five I chose (the others I will save for a future post):

The Italian language is always so expressive, and the words sound so lyrical.  Many times the words even sound like the action!  I’m always amazed that even when people are angry with each other, the words are still said in such a beautiful way that the angriness just seems to melt away (well maybe not always, but in my mind it does!)  And by doing exercises like this one, I am reminded of the depth of the Italian language and it’s beauty!

The origin of this exercise came from Melanie at Italofile   What a great idea!

The other day, my good friend reminded me of this word….I hadn’t heard it in ages!!!  And it’s a wonderful word 🙂  It means “a little nap” and I remember my mother saying this to me when I was a little girl, with tons of energy, who didn’t want to rest for the mandatory after-the-lunch siesta that everyone seems to do in Italy (especially during the hot summer).  She would say….dai, solo un pisolino (come on, just a little nap) to get me to stop nagging her because I was bored 🙂    All I wanted to do was be entertained and have fun, and all that the adults wanted to do was to take a pisolino!!!  I just didn’t get it!  Funny how things change….a pisolino now sounds like a GREAT idea! 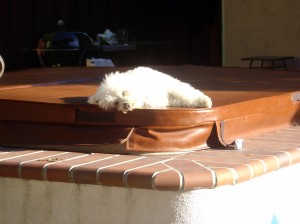